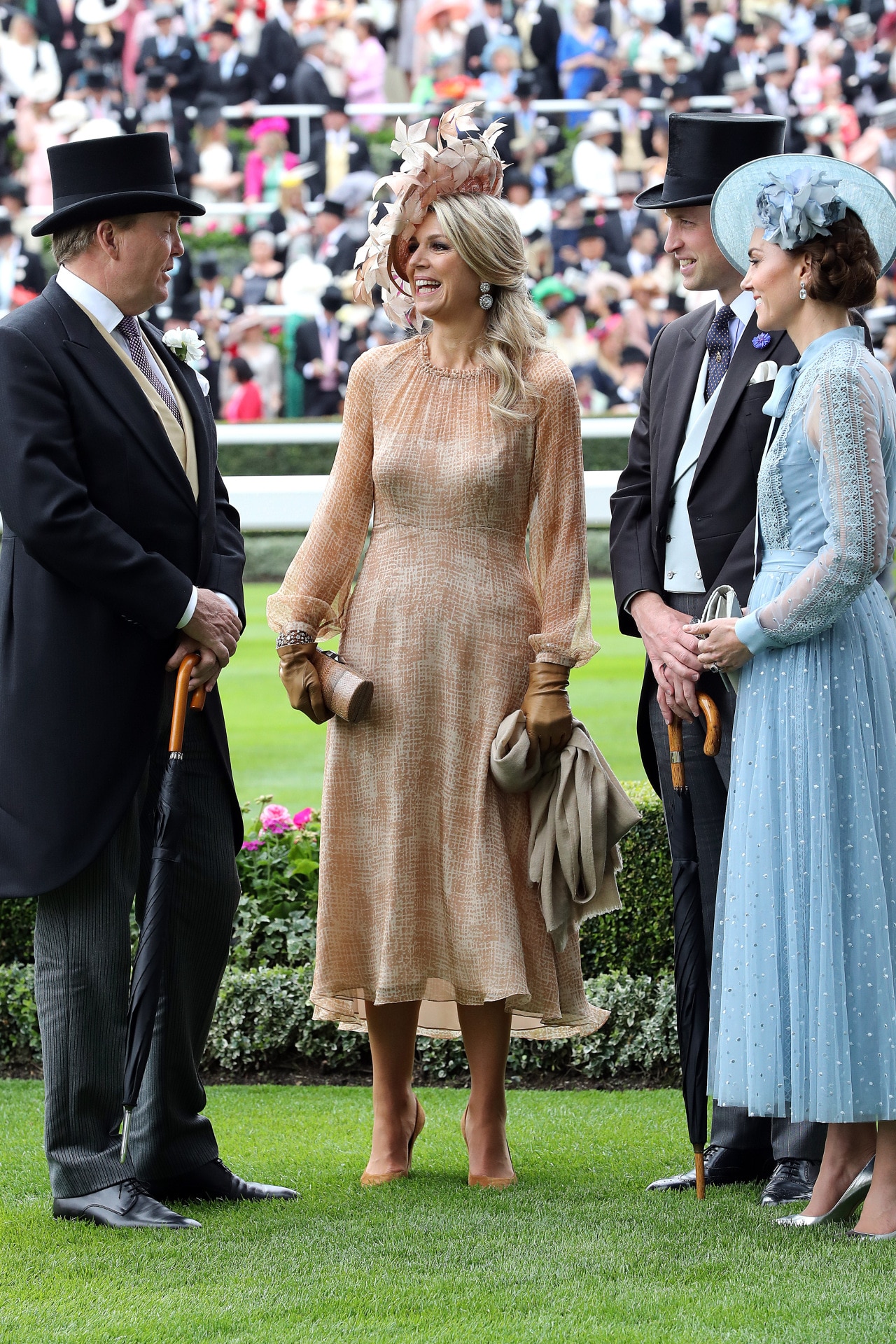 Royally-approved racing event, Royal Ascot, has officially begun, with both British royals and Dutch royals stepping out in race appropriate show-stopping style on day one.

2019 appears to be no different from previous years, with Kate Middleton, Prince William, The Queen, Prince Charles, the Duchess of Cornwall, Princess Eugenie and Princess Beatrice all in attendance on day one. Royal Ascot also hosted the Dutch royals, with Queen Máxima of the Netherlands and King Willem-Alexander of the Netherlands, accompanying the British royal family to the glamorous racing day.

As is tradition, the day included the “Royal Procession”, a carriage procession through the Berkshire venue marking the start of the racing. The Queen was, as is customary, in the lead carriage with her family following in horse-drawn carriages behind. CNN reports Her Majesty has attended “every day of every [Royal Ascot] meeting for the past 64 years.”

The pageantry of the horse-drawn carriages and the royal attendance sets the tone for the entire event, which comes with a 36-page dress code.

The royals, of course, strictly adhere to the dress code guidelines while also keeping their style choices fresh year-on-year.

This year there was a clear blue trend amongst the royals; Kate Middleton turned heads in a stunning blue Elie Saad dress while The Queen, Princess Beatrice, Princess Eugenie and the Queen’s granddaughter, Zara Tindall, also opted for blue-hued looks.

Another sartorial moment came by way of the Dutch royal family; Queen Máxima of the Netherlands was a standout in an ornate floral blush headpiece and matching dress.

Scroll on to see what all the royals wore at Royal Ascot 2019.

What is trauma bonding? Here’s what it looks like in relationships

Meet the breakout twin models in The Marc Jacobs campaign

Here are the top body language mistakes you shouldn’t make during your next conference...